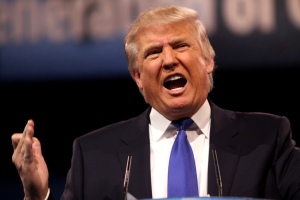 And just when I thought that I was getting inured to the stuff coming out of the new Administration! An hour-plus press conference — which was so amazing and so full of stupid petty lies that one has to wonder, “Why bother?” — is topped by the pick for a new National Security Advisor who turns it down. Why didn’t the White House staff know that the retired Admiral would not take the job? That is very bad staff work.

I’m not shocked that he continues to lie about having the biggest victory in the electoral college since Reagan (George H.W. Bush got more as did Bill Clinton and Barack Obama) and that he got 306 electoral votes (he got 304). It seems as if he is obsessed by his loss of the popular vote. However, what is weird to me is when faced with his inaccurate facts, his response was that someone had given him that information. What???? And going after the media is vintage Trump so that wasn’t surprising, but asking a black female reporter to schedule a meeting with the Congressional Black Caucus when she asked him if he was meeting them made no sense.

The President literally looked and sounded slightly unhinged. It was even more so than during the campaign. And then he’s off to his Florida home to once again relax in the sun and perhaps have another meeting in public where classified conversations may happen. He is also going to have a campaign-style rally to boost his ego after all the bad news of his first month in office. I wonder if we’ll be seeing one of those every month?

I also wonder how long the Republicans in Congress will give Trump the benefit of the doubt. They want to pass legislation and are on the whole biting their tongues in public but how long will that last?

Now, I can’t wait to see what new, scary, amusing, and jaw-dropping antic Trump will do.  He hasn’t “pivoted” to Presidential behavior yet, but has remained the Entertainer-in-Chief.  I doubt that was why people voted for him. There are plenty of television shows for that.