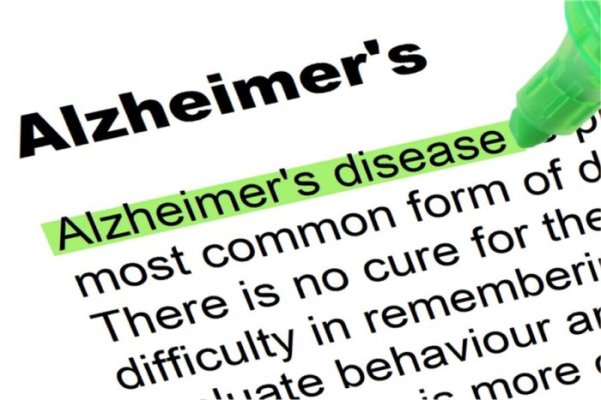 Recently in the Washington Post, there was an article by Greg O’Brien who is documenting his own progression through Alzheimer’s. It hit close to home because my mother has the disease. Unlike Mr. O’Brien, though, hers was not an early-onset form exacerbated by head injuries, but she still has many of the issues that he so eloquently identifies.

My mother used to be very smart, clever, manipulative when needed, and very driven. She always made certain she looked perfect when she left the house. As her daughter, I didn’t recognize the early signs – probably because she hid them from me and also because I didn’t want to see them. In addition, many of her friends didn’t recognize the lost keys, forgetful memory, inability to concentrate and safely drive a car. Even once she was diagnosed through brain scans and by four doctors, her friends continued to deny it. Perhaps it was because she was very clever in hiding a lot of the symptoms and also because it was something no one wanted to handle.

I first was forced to pay attention to reality when her accountant, who had experienced the disease within his own extended family, recognized it in her and called me. Her doctors and I tried to get her to go through the diagnosis process, but she refused. Then she had a stroke and while she was being treated at the National Rehabilitation Hospital (NRH), it became very clear that it wasn’t the stroke that was causing all of her symptoms. They sent her to the Memory Clinic at Georgetown University Hospital. By then, I had to face the fact that she had dementia which was confirmed by the doctors at Georgetown and NRH. She couldn’t tell the time on a clock, couldn’t remember how to retrieve phone messages, and, when left alone, couldn’t get dressed or safely take a bath.

However, she insisted on going back to her home to live against doctors’ recommendations, and that is when the situation became dire. She left papers on top of her gas stove. She crawled up and down the stairs because her foot hurt due to a diabetic ulcer. It took us a month but her doctor and I finally convinced her to move to an Independent Living facility. While there, she had another stroke and that finally convinced her to go to Assisted Living. She still refused to let anyone help her with her bills, however, so suddenly I found her home was going to be sold for taxes since she hadn’t paid taxes for three years. (She sent a $20 check for a $20,000 bill, as an example.) She had spent all of her savings. We still are not sure how or on what she spent the money other than some items of jewelry that were immediately lost or stolen. Luckily for me, I had some amazing friends who helped me with her finances until I could sell her house and pay all the taxes.

Of course, she went through the classic symptoms that are so painful to the family. As an only child, and with her husband dead, I got the full treatment from her. She accused me of stealing her money, of “dumping” her in the home, etc., etc., etc. She would leave messages screaming at me. Occasionally, she would also berate her caregivers at the home. They know their patients and have always been tolerant when she loses it – or else they call me and I bring in her doctors who kindly play the “bad guy” and tell her to do what they say. Several of her “friends” have even encouraged her to rail against me and her doctors and tried in the past to block us from helping her.  However, as she progressed through her dementia, those friends have gradually disappeared from her life.

Researchers have linked Type Two diabetes with Alzheimer’s, just as they have linked head injuries to the disease. I expect this is probably why my mother developed it since she has had diabetes for 30 years. She refused to treat it until five years before her dementia became apparent. That is frightening to me because so many Americans now have diabetes often due to obesity. The good news for me is that she has reached the state that on most days she is delightful and tells tales that are so far fetched you just have to laugh. During one such tale, she said she had flown to meet the Dalai Lama in Tibet which was part of Burma. (The news that day had mentioned all three things and she had a blast managing to put them all together and she had forgotten that she hadn’t flown for over eight years.)

Now she has even found a new man who adores her amusing tales (while recognizing they aren’t true) and I have wonderful friends who help me take the two of them out to dinner. This is becoming less of a mental struggle for me since I have admitted the woman in front of me is not the mother who raised me. Since she’s in a facility that takes good care of her, the progression of the disease has slowed down and she still enjoys life on most days.

Dealing with a parent with Alzheimer’s has taught me many things which someday may be of use to my future grandchildren – don’t eat too much sugar, exercise but avoid head injuries, get long-term health care, and pray they find a cure at some point in the not too distant future, or, as Greg O’Brien has said, hope that something else gets you first.