Dornoch is a find! 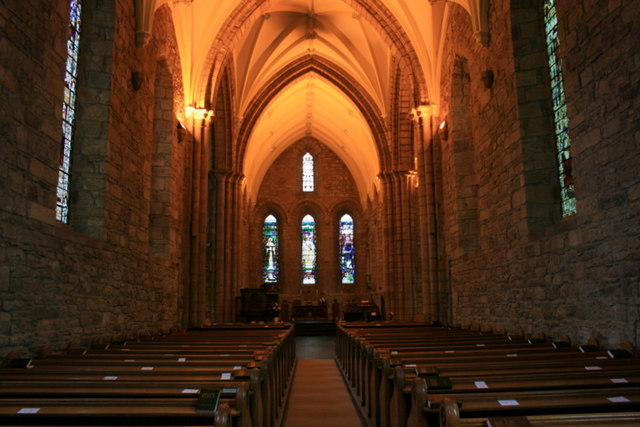 Although I could expound on the Republican two debates, all the pundits will be doing so, therefore I am once again writing about the trip to Scotland and more amazing finds.  So … the travelogue continues this week.

Dornoch is a find! Located north of Inverness on the coast it is a tiny jewel. Getting there was a delight since we got to drive through the Highlands and beside a series of beautiful Lochs having first driven up the West Coast to Fort William.  Once again amazing scenery that literally takes one’s breath away.  We stayed at an amazing B&B called At Number 9.  If going to Dornoch it is the only place to stay – and it is worth a trip just to stay there and spend time with the owner, Evelyn. Her house is a beautiful original house that she just redid into a B&B. The bathrooms are new as are the decorations, carpets, and her large kitchen where she bakes and cooks divine tea goodies and breakfasts. She only has four rooms plus a “snug” which is a room with comfy chairs and where one can relax and have tea or a “dram” of Scotch (all the bedrooms have en suite baths as part of the remodeling). We were lucky to have the top floor suite with a separate living room and bedroom and bath.

Evelyn takes care of everything one needs – including restaurant reservations. The two best places in town are Luigi’s (not Italian) and The Sutherland. The Sutherland is a traditional restaurant owned by a lovely woman named Margaret.  It was so busy that they had to turn away four groups that walked in without reservations.  The food was excellent as was the service.  Of course, I had to get the Chicken Glenmorangie which taught me that perhaps my old thinking that it was a waste to cook with my favorite single malt was a mistake. They had created a wonderful cream sauce with Glenmorangie as a finishing touch. Divine!

By far the busiest and most sought after restaurant was Luigi’s. Owned by a Scottish chef and her American husband, it is “reservation only.” Chris is the front man while his wife concocts wonderful dishes in the kitchen with two assistants.  The wine list is very thorough for Italian vineyards and Chris knows his bottles and varieties. It was an ice cream shop called Luigi’s so the name was kept even though now it is a full service restaurant with one of the most delicious Lobster Thermidors ever. The pasta is also excellent as well as any of the local produce.  We couldn’t find anything that wasn’t perfect from the service and menu.

The only issue with Luigi’s is that too many Americans like it which means a group of six golfers were holding forth so loudly we could all hear about their 9th hole and places to eat in other countries. (Why do so many Americans think that no one can hear them having a conversation amongst themselves? A topic for future rumination.) The food is worth having to be in the same place as my countrymen, however, so don’t miss Luigi’s when you go to Dornoch.

After dinner it is worth stopping at The Castle Bar where the barkeeps know their single malts. In the colder weather a fire is lit in the stone room. And one knows it is the place to be when it is full of locals.

When you go stay at At Number 9, make certain you go into the Cathedral across the street. Two of the stained glass windows are in honor of Andrew Carnegie who had a house nearby called Skibo (or now the Carnegie Estate). It is a lovely church which is still very active with a current campaign to raise money for updating and repairing the West section.

Also visit The Jail, the best shop in town and one which sends all your purchases back to the States with the VAT tax already deducted. They have locally made products as well as English and Irish had made sweaters.  If you need a Barbour to keep you dry in the rain, you can get one here for men or women.  The shop is located in the old town jail thus explaining its name.

For golfers this is a haven. Royal Dornoch Championship Course was ranked Number One in Scotland and Number 6 in the world by Golf Digest last year.  Their second course, The Struie, is ranked in the UK’s top fifty links courses and was founded by Mrs. Louise Carnegie.  There are many nearby sites and treks for those who don’t golf including a site to watch harbour seals lying on the rocks; horse riding along the beach (although book way in advance by calling – do not count on emails!).