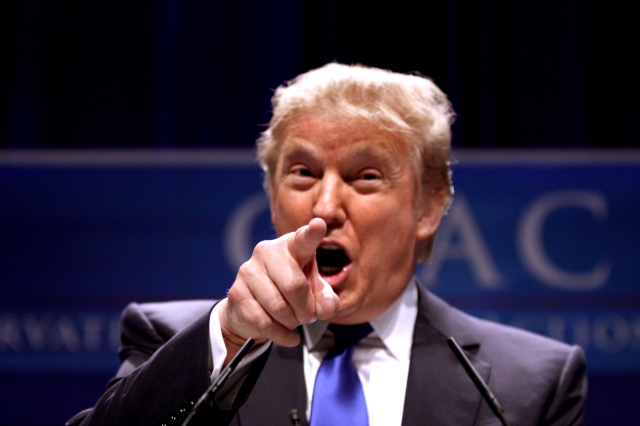 This week there were two men whom I watched on the screen, and both reminded me of how wonderful it is to have humility as a trait rather than its opposite. First, I listened to Donald Trump expound upon his excellence, intelligence, business acumen, and piles of wealth. There were quite a few facts that he mentioned that were inaccurate, but we all got the picture – to paraphrase, “I am a genius. I am incredibly rich. I can solve all the problems of everyone. I am the best.”

Then I saw the movie The Diplomat which was shown last night at the National Portrait Gallery to a packed house. It is a documentary about Richard Holbrooke and was written and directed by his son, David Holbrooke. Although Holbrooke was never as blunt in singing his own praises as Trump, the movie does point out how strong was his self-assurance and his belief in his own ability (to put it politely). He definitely came across as someone who thought he was larger than life and who had no problem in being a forceful bully diplomatically. This movie reinforced my opinion that it is almost impossible for a child to give an accurate portrayal of a parent and a biography by a child provides an irresistible opportunity for the child to showcase him or herself. There was rarely a scene in which David Holbrooke did not appear. Whenever anyone was interviewed, there was David asking the questions while being in full view of the camera. When showing cities where his father had served or traveled, there was David walking through the streets amongst the local population as he retraced some of his father’s steps.

Between the television production of Trump’s announcement (including supposedly paid actors to pad the crowd and signs made by the campaign to look like homemade signs) and the movie about Holbrooke, I was vividly reminded that although confidence and a strong sense of self is important so is humility, which seems to have been lost as a trait recently in most public figures’ characters. There are some notable exceptions. One is Joe Biden. Whether one agrees with him on policies (and I frequently do not), he has shown great humility and respect for his fellow man. George H. W. Bush is another American leader who had the same trait.

Perhaps Americans should add to the list of qualities we search for in a President a significant dose of modesty and the knowledge that, as the saying goes, “We all put our pants on one leg at a time.”