Is extreme hubris a good quality in a leader? Let’s talk about David Petraeus and Hillary Clinton 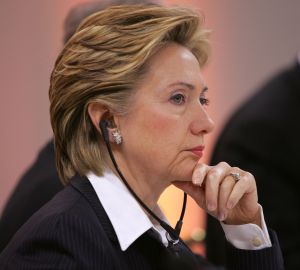 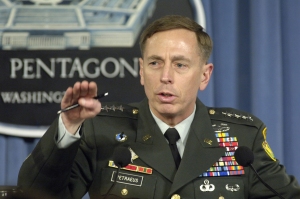 This week was a tough week for people with email accounts and powerful positions. Between David Petraeus and Hillary Clinton, perhaps our lesson is to go back to face-to-face conversations and never use anything electronic. Of course, that will probably not happen. Only with the annual fall set the clocks back, do we truly go back in time.

The revelation that Petraeus had pled guilty to a misdemeanor of mishandling government secrets came this week. For some of us, it was about time and was a very light tap on the wrist. It is known that he gave books of classified documents to his biographer (who also happened to be his mistress but that is irrelevant in regards to his leaking of information to her) which if he were not a retired four-star general and had friends in very high places, he would be doing time in jail. In reality, there probably is no reason to incarcerate Petraeus, but it is galling that he gets to continue to make millions of dollars when others who did a lot less to potentially endanger the U.S. are in jail. Other than however his wife treats him behind closed doors, he seems to have gotten away with just a large legal bill which he can easily afford now that he is at KKR which is a large firm that specializes in large leveraged buyouts. At least this means we won’t have to deal with his running for President – presumably.

Of course, then came the New York Times story about Hillary Clinton using her own email and email server while she was Secretary of State. If she had remembered her earlier comment that she would never use email, she would have been a lot better off today. However, she didn’t so now we find out that she did everything on a personal account – and everyone who received those emails which one would presume included fairly senior members of government with some going to senior positions at the White House – and, oops, only now has released some of them to the government. Of course, it means that since she had her own server, she gets to select what is divulged to State or to Congress. Unless a warrant is obtained to get the equipment from her home and then is attacked by computer experts, it is highly doubtful that we will ever know if she releases all pertinent documents. It is highly likely, however, that even though this has been revealed, she will be running for President. Just as it is reasonable to assume that her husband is giving her absolutely no grief about her actions and was probably a voice advising her to protect at all costs her correspondence.

Both of these cases expose a mindset of “we are above the law.” Even though I certainly do not follow every rule of law (I have occasionally been known to go slightly faster than the speed limit), individuals with this level of hubris do not belong in government – and certainly not at levels of head of the CIA or President of the United States. In those positions, one has the ability to use tools (that most of us cannot imagine) that can easily change the course of history even if not meant to do so. This argues that we have to be very cautious in those we select to lead the United States or to advise the leaders.

Do not misunderstand. I am not advocating electing someone who has no flaws – that would be impossible. I am merely stating that some flaws are too dangerous. Extreme hubris happens to be one of them in my opinion.

1 Response to Is extreme hubris a good quality in a leader? Let’s talk about David Petraeus and Hillary Clinton