A Perfect Time for Palm Beach

My new favorite way to recover from the cold, wet north, and the flu is to migrate for a few days to sunny Palm Beach, Fla.  This time the hotel of choice was the Four Seasons which is actually in Lake Worth rather than in Palm Beach proper. The last time I was here we stayed at The Colony which is right in the heart of town. It, however, doesn’t sit on the beach so we opted for the Four Seasons this year.  What a great choice!

The beach at Four Seasons.

First of all, the hotel’s staff is perfectly trained as one would expect at any Four Seasons. Second, the views are spectacular and sitting outside with the dull roar of the surf as one eats Eggs Benedict with freshly squeezed orange juice is not to be missed. Another plus is that the pool is right by the beach which means one has the best of both worlds – sand and no sand depending on one’s mood. Although the pool might be by many people’s standards a little over-heated,  that works well for the over 80/under 10 crowd as well as for the rest of us when one’s head sticks out and the February breeze hits the exposed wet hair and shoulders.

In addition, as one lulls by the pool, at regular intervals the staff comes by with tiny servings of frozen grapes or tuna tartare as little nibbles. It is a perfect place to have a frozen strawberry daiquiri and forget the 30-degree weather in D.C. or the 18 inches of snow in Boston. (And since there were Germans and French vacationing here, it is also a perfect place to escape cold Northern Europe.)

The barracuda statue at PB Catch.

This trip we tried a new restaurant from my past jaunts here, PB Catch in Palm Beach proper. Open for about three years, it is a fun, happening place. The decor is modern and airy with a wonderful bar and bartender who is very friendly and knows the menu and the fish on it perfectly.  The restaurant has both tables and a large sushi bar.  We sat at one of the banquettes overlooking the entire restaurant which became full as the evening wore on.  (It thrilled me that so many people were eating at what I consider a civilized hour of after 8 on a weeknight.) Stone crab claws, popcorn shrimp and the “seacuterie” board (the chef’s seafood version of a charcuterie board) were all superb. They also have a great wine list which included a Pinot Noir that was perfect with the fish. 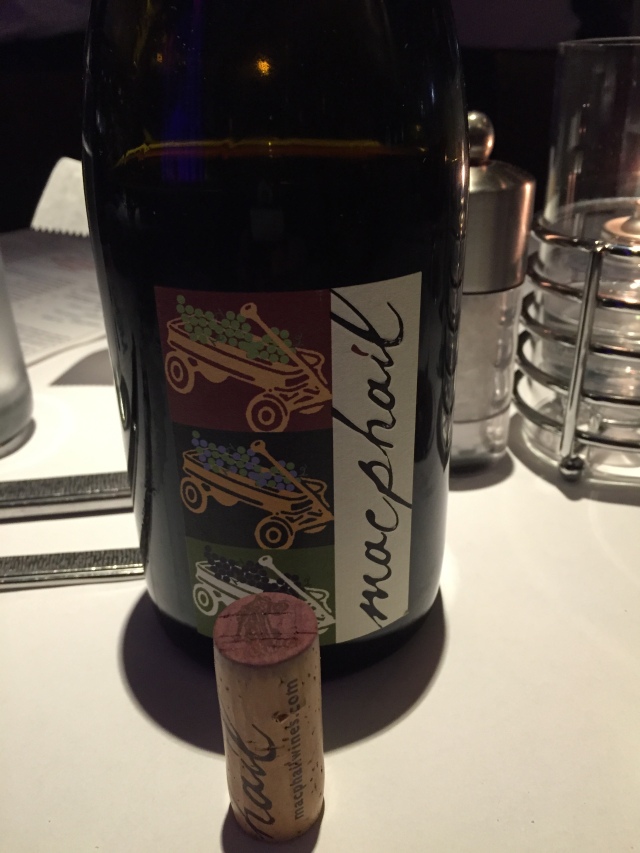 A great bottle of Pinot.

Go South is my motto for all future miserable winters – at least for a break for a few days! 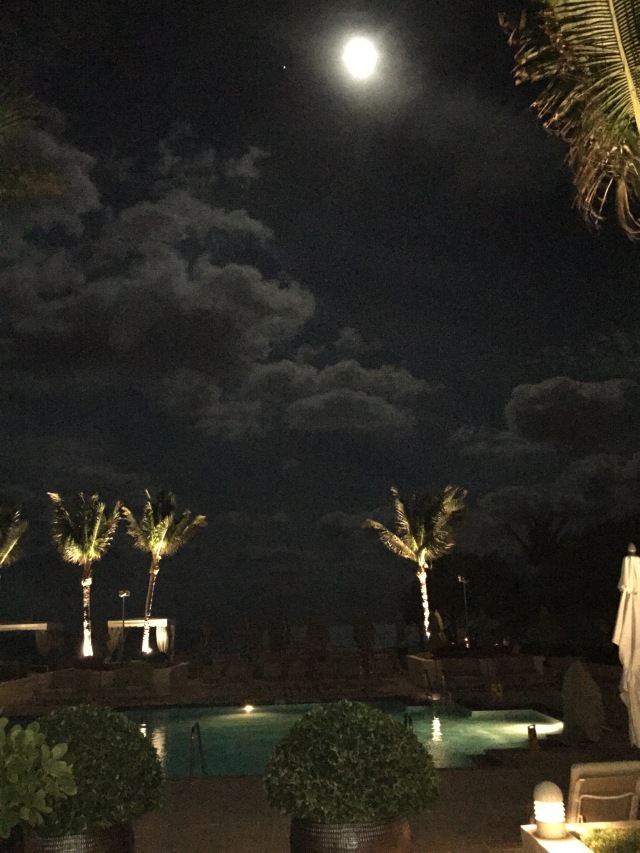 Full moon over the Atlantic.

2 Responses to A Perfect Time for Palm Beach