Do we really need another bike path in D.C.? 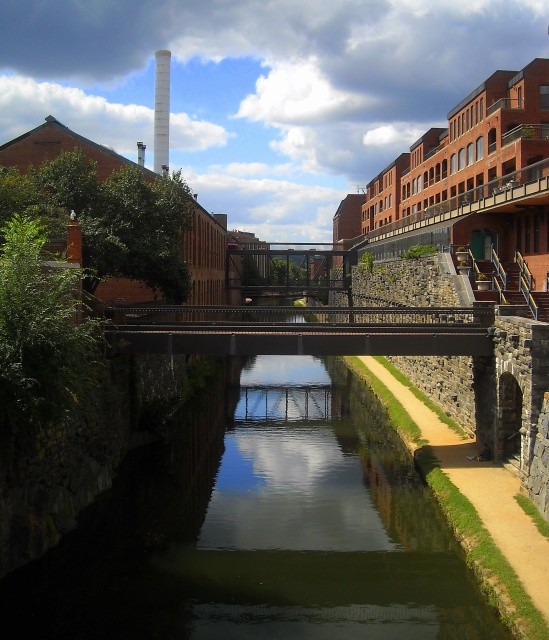 Some powerful forces want to take our beautiful dirt paths above the C&O Canal from Glen Echo Park all the way into Georgetown in order to turn them into concrete paths supposedly so cyclists who want to commute can whizz along more easily.  These paths are historic and are used by many from the greater metropolitan area to walk their dogs, stroll through nature, and it happens to be a natural habitat for birds, fox, deer, and all sorts of nature’s plants.

A flyer was passed around asking for people to participate in a walk in support of this proposed atrocity with an email address for Brett at jojopuppyfish@yahoo.com.  I don’t know who is really behind this idea but I’ve been told that entities such as PEPCO and Georgetown University are amongst those who are pushing for the concrete path to be put in.  I wonder who will pay for this?  D.C. taxpayers? Or is a tax benefit being given to some organization?  Surely the D.C. government isn’t paying for this path to be bulldozed of trees and two bridges built to complete this path when it can’t even fill potholes, which are so big that one can fall through to China.  So who would pay?

And who would benefit? Not the cyclists who have a wonderful path directly beside the C&O Canal and who have the ability to ride on all D.C. roads.  (A subject that I have ranted about in the past when they block the main roads during rush hour!) There also happen to be paved bike paths from Georgetown all the way to Bethesda, Maryland, that are only separated by about 40 feet.  No one is proposing to spend the small amount of money to join those two.

The best Mother’s Day gift for me would be to have this idea of a concrete bike path disappear forever!  In the meanwhile, Happy Mother’s Day to all!

1 Response to Do we really need another bike path in D.C.?