More Benghazi: Will it ever end? 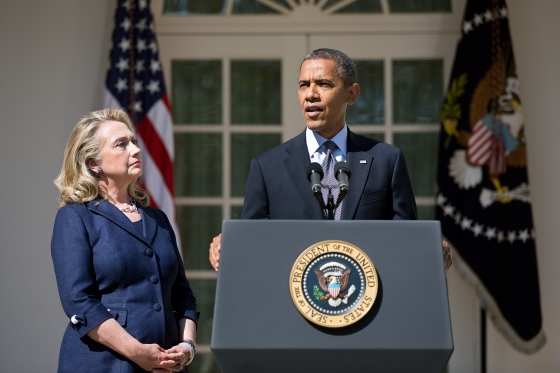 President Barack Obama talks about the Benghazi attack in 2012. Image/en.wikipedia.org

Now we get to hear about Benghazi all over again. Whether you believe Susan Rice and The White House were trying to downplay the terrorist attack at the diplomatic facility or whether you believe there was just confusion at the beginning since there had been other demonstrations in other Middle East cities, my guess is that it will be years before anyone knows the full truth and that many Americans are more concerned with a potential all out civil war in Ukraine (helped by Russian special forces).

I am personally always skeptical of “coincidence” and all White House political motives. No one should be surprised that any White House tries to put the best possible face on any policy. No one should be surprised that any opposition will try to put the worst possible face on any situation. At the time of Susan Rice’s testimony, we were weeks away from a national election. Obviously, the White House wanted to make the terrible tragedy not seem as if it was part of bad foreign policy. And, of course, the Republicans wanted to do the reverse. The one thing that the Republicans didn’t do right away, but that now Boehner is doing, is convening a Select Committee immediately to investigate all aspects of the horrible event. This includes why the State Department didn’t pay attention to the requests for greater security. By convening this Committee a year and a half later, no Democrats will participate and it won’t be bipartisan. Why is Boehner doing it? I have my suspicions that it is not just to “uncover the whole truth,” but, then, I am a skeptic.

Then there is the point that the White House “forgot” to give the Rhodes memo to Congress when the Administration handed over documents about Libya. Whether you think the memo is a “smoking gun” or not, why was the White House so stupid not give every document it could find to the House immediately? Why did it take a judge ordering the White House to release it? This rebirth of the controversy was directly the result of stupidity somewhere in the White House. If this memo had been in the original batch of released documents, it probably would have caused one day of discussion on television and then be lost in the hoopla of other world events. Whether it was an intentional cover-up of this document, or a stupid mistake, might require another decade before all the Freedom of Information Requests have been filled.

The greatest criticism of the Benghazi attack should be that there has been no real accountability for those who made the decision not to beef up the security in the country. Nor did anyone allow the U.S. military not to order a U.S. military contingent to do even flyovers that might have scared the Libyan attackers off before they had breached the compound completely. Heads should have rolled, but they didn’t. Too much focus has been placed on whether the White House manipulated the situation for its benefit and not enough on the bad management and policy that allowed four Americans to be killed by a mob in an Arab country when the whole region was on fire. Some senior policy person should have made the decision that extra security would have been helpful throughout the region. Bigger mistakes were made by this Administration than trying to put a political spin on a story by a politically appointed Ambassador. Hopefully, history books will focus on the serious issues – and I certainly pray that somewhere in the current Administration, someone has learned the lessons from Benghazi and is implementing better security practices for our Americans overseas before we have another tragedy.