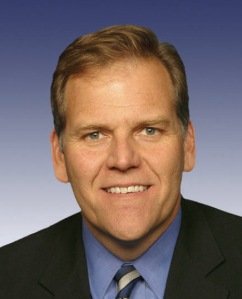 This week, my good friend Rep. Mike Rogers of Michigan, the Chairman of the House Permanent Select Committee on Intelligence (HPSCI), announced he was not seeking another term in the House of Representatives. He is moving onto a new phase in his life which will include a talk radio show where he can focus on all of the issues that he feels are so important. His leadership brought Republicans and Democrats together to work on some very complicated and difficult issues. He still has challenges facing him and the Committee until the end of the year such as establishing new NSA rules and oversight of the entire American intelligence system and its budget.

In a letter to his friends, family, constituents and staff, Rogers explained his decision to leave Congress at the end of this term.

The politics of Washington, D.C., have become small and often petty. The perfect has become the enemy of the good. Instant celebrity has overtaken thoughtful consideration about what is best for our country. We cannot allow the smallest of politics to suffocate the greatest of our goals. As Thomas Jefferson said, “The ground of liberty is to be gained by inches.”

He feels that it is time for him to reach a larger audience than he currently touches. As he so eloquently wrote in his letter:

As I close this chapter, please know that I am not finished with the effort to bring back American “exceptionalism.” Not in the sense of a great notion, but in the sense of impacting the hopes and dreams of a great nation and her people. You may have lost my vote in Congress but not my voice. I look forward to building on our successes and confronting America’s challenges together.

Now, Rogers will be able to speak daily in his rational, modulated, and inclusive voice to the world. He will reach voters from New Hampshire to Florida to California and Iowa. He will be greatly missed on Capitol Hill, but his next step is exciting not only for him but for those of us who believe strongly that the U.S. is still the best voice for peace and security that this world has at the present time.

I can’t wait to hear his first broadcast!