Biking: A Pleasure for Some, Not So Much for Others 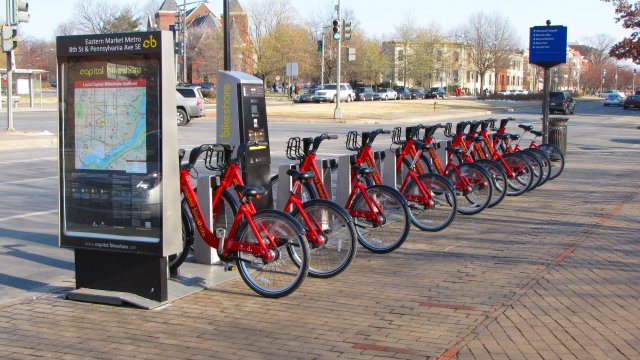 How often have you been stuck behind a cyclist on a two-lane road?  It, of course, has been magnified this past week here in D.C. due to the exquisite weather we’ve had. Sun, in the low 70s, and almost zero humidity have meant that not only was every convertible driven with the top down, but that everyone who owned a bike was out enjoying the beautiful days.

I am not a cyclist, but I can understand why someone might want to be one. It’s great exercise and, in beautiful weather, it probably can be exhilarating to go speeding down a hill. What I don’t think is particularly appealing is struggling up the hills that we have in our area. I admire the determination it must take in order to get to the top of those hills.

Having said all of this, I regularly want to deny all cyclists the ability to ride on roads upon which I drive. Unfortunately, in the greater metropolitan area, most local governments don’t seem to think that it is worth the taxpayers’ money to put in bike lanes, so, therefore, if the cyclist needs or wants to go many places they have to ride in the car lane.

There are several roads that are actually main thoroughfares in our area and when the cyclists go tooling along them, and I have to creep behind them before I get to the one passing area every five miles, I think evil thoughts about them. Then I start wondering what they are thinking about the line of cars piled up behind them. Do they even notice?  Some of them obviously do and feel sympathy for the car drivers since they move to the edge of the road as soon as they can find a sliver of safe area. Some clearly enjoy holding up the cars since they ride side-by-side across the whole lane or ignore the large bike path on the other side of the road that could easily give them a clear and safe ride. I always wonder if this type of rider has a death wish or is hoping a car would hit their bike so as to sue the driver of the car.

When we used to have bike messengers all over downtown D.C., they were a major menace to the pedestrian traffic as well as to those of us driving. Luckily, faxes, emails, and camera phones seem to have reduced the plethora of bikes. Now what is left are the pleasure bikers who are out for a spin in nice weather and they are only a threat to the sanity of automobile drivers stuck behind them, so there has been some improvement.  Perhaps the local governments will take pity on us and put in more bike paths so our morning and afternoon commutes will be less frustrating. Needless to say, I am not holding my breath.

This entry was posted in Author Commentary and tagged biking, biking in D.C., Fall, Washington, Washington D.C.. Bookmark the permalink.