The election is over! Let’s get back to ‘normal’ 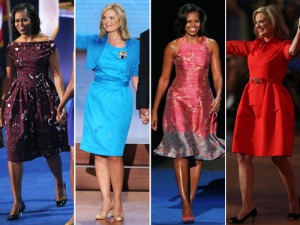 Whew!  The elections are over. We have been bombarded by commercials from every side. The presidential candidates spent more than $6 billion to run for office. We have read articles on their wives’ clothing. We have heard stories about their animals.  And what do we have now?  Exactly what we had on Monday – a Democratic President, a Republican House, and a Democratic Senate.  The more it changes, the more it stays the same to paraphrase a French expression.

We still have the “fiscal cliff” looming over us and some are hoping that the same people who didn’t solve the problem over the last year, will miraculously find a solution within the next month. Let us hope the optimists will prevail.  If the pessimists win and sequestration kicks in, we’ll all be suffering new taxes and more bickering on Capitol Hill.

We once again have voted for a divided government.  Americans like to do that – it makes change move more slowly and gives us all time to discuss and cogitate on every issue.  That usually means that eventually there is a chance that the two sides will produce a deal that might work.  The cynic in me doubts it; the citizen in me prays that it will happen.

So now we get to focus on policy and getting things accomplished.  We get to watch our politicians find solutions to our myriad of issues.  We will stop focusing on the petty (I hope) and instead concentrate on the important issues such as spending and taxing, international issues and trade, and becoming better at protecting our citizens overseas.  Those are just a few major items facing our government.

We also get to move on to much more amusing items – the new Bond film, Skyfall, is released today in the U.S. so we will once again see Daniel Craig saving the day somewhere in the world.  There will be fast cars, and gadgets, and beautiful women.  We will then be able to argue the merits of who is the best Bond and which film was one’s favorite.  To me, that is going to be much more fun than listening to the various politicians heap vitriol on their opponents.

Another movie opens tonight, Lincoln, which looks as if it will be another blockbuster with Daniel Day-Lewis portraying Lincoln.  From the trailers, it is a huge production with an amazing supporting cast.

So, this week I will go enjoy the big screen, find a few excellent restaurants and relish that there are no longer campaign commercials left – for at least a year or so until the next cycle begins.  I will sip exquisite wine, sit in front of fires, and come up with more convoluted plots for Alex Garfield to solve.  And, as one friend pointed out, we can all be proud that we survived another election without any of the terror or demonstrations that happen in so many other countries during an election process.  We are lucky indeed that America has the ability to go through the democratic process in an orderly and civilized manor!

2 Responses to The election is over! Let’s get back to ‘normal’